Lawrence Gunther is the host of this year’s Accessibility in Adventure program. Lawrence has established himself as a pillar in our community. Declared legally blind at the age of 8, and progressively losing more of his sight as he aged, Lawrence has not let his disability hold him back in life.

Upon visiting his website, you will quickly observe that Lawrence is always booked and busy – when not fishing, he can also be found kayaking, sailing, cross-country skiing, and much more. He also produces a lot of media – podcasts, video series, and film.

We talked to Lawrence about what he’s working on these days and his love of film.

You seem to be a jack of all trades. Is fishing your number one sport?

Yeah, I think I would say I fish about 70 days a year. I like fishing because it’s a way for me to connect to nature in all the ways that are not visual. A lot of people enjoy nature through their eyes, but I enjoy nature through all of my other senses, and that includes connecting with nature directly with my hands and through smell.

What’s capturing my attention these days is the fact that we’re seeing a lot of people who have picked up fishing this year because of the pandemic – which has meant more fishing lessons this year than ever before. A project that I started with some support from donors is called Urban Fishing. We are trying to start a process of identifying urban shoreline spaces that are well suited to become naturalized spaces to allow youth and others to access for fishing.

We documented what Toronto has done in four different spaces along the Lake Ontario shoreline, and now we’re replicating that in the Ottawa area. We hope to share that blueprint with other communities that are interested in identifying those fishing areas within urban spaces for youth. Not everyone has the chance to get out of the city to go fishing, and it’s important that people have that chance to connect with nature.

What areas in Ottawa would that include?

The Ottawa River, Rideau River, Dows Lake, Mooney’s Bay. A lot of these places are nice and hidden.

What was it like MCing for OAFF last year?

I was the MC on a night that featured one of my friends’ documentaries. It was a lot of fun. It was great to be able to tell a few stories and share some reflections. I’m excited to host the program this year.

What else made you want to be a host for the film festival this year? 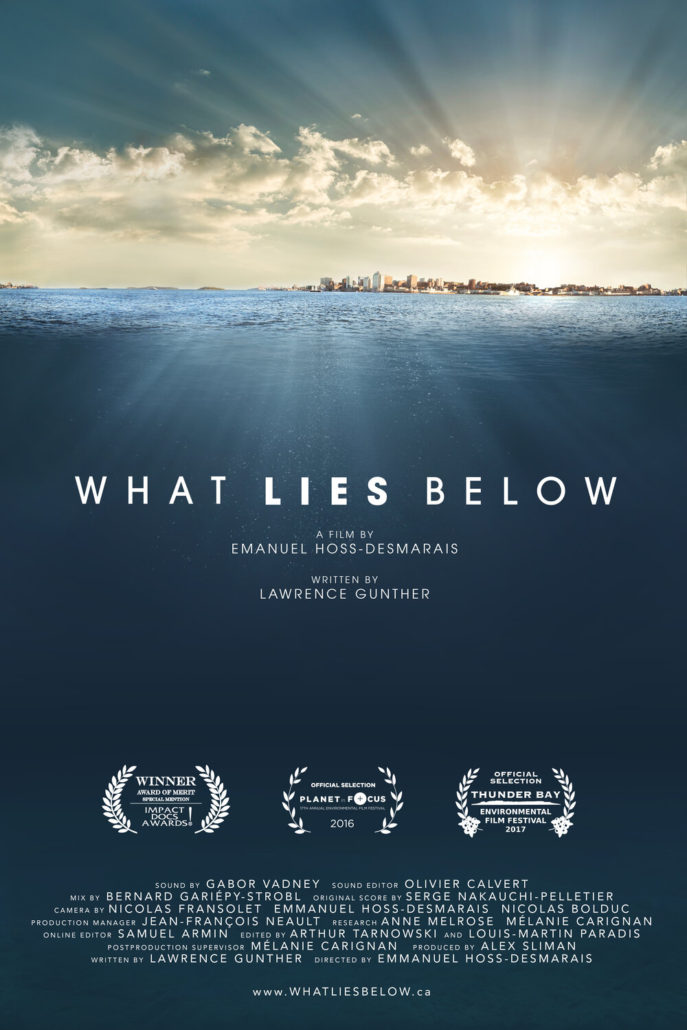 I love film. I took a course in media studies, and was told by the professor to drop the course. When I asked why, he said that it’s because I can’t see a lot of the material – it’s a lot of print and a lot of video, and none of which I could see so it won’t be possible for me to do the course. I said “I know I can’t see the material – that’s why I’m taking the course, because I’m really interested in knowing what I’m missing!”  So I stayed in the course.

I’ve always had a passion for photography, even though I was registered blind at age 8. When I was in college, I met another young man who was visually impaired, and he was a professional photographer. I became his helper for a few years on a bunch of projects, and it was fascinating. I loved it. I still have a strong interest in producing film.

What films have you produced?

I created a 79 minutes documentary, What Lies Below, that just finished a three year exclusive airing through CBC. I also do Lake2Plate mini documentaries with Five2Nine. I did a one hour documentary about the Yukon. And a bunch of other smaller short-form content.

So you are still very much involved with film projects.

I know that you lost your vision in three different stages in life, and that experience has shaped your life at least three different times. Do you have any words of encouragement for others who have had to go through similar adversity and who also want to live their life to the fullest, specifically in the outdoors?

With everything in life, there’s sacrifices and things that happen, and things you lose. It’s important to grieve those losses, and through grievance we develop an understanding. Whether it’s a loss of sight, or something you really like to do that you can no longer do. When we go through that grieving process, we put a phase of our life behind us so that we can open up new phases in our life without getting stuck.

Do you feel like we’ve progressed more towards creating an authentic space in media for people who are visually impaired?

Not yet. I think there’s strong demand and financial incentive to do the tell-all, introspective storytelling. But I think it’s based on the assumption that being blind must be hell. By telling stories about blindness, you’re feeding into that myth. We’re all lacking in some way, but it makes us unique and helps us develop different perspectives. I think we have to realize what that perspective is and how it’s better in some ways. That’s a conversation that hasn’t really started yet.

Do you feel like you have opportunities as a blind filmmaker?

I am fortunate to have people behind me that believe in my ability to produce film, but I don’t think that’s a given. People would think that anything that had to do with film and me would be a focus on my vision loss, and documenting that. That’s not what I do. I don’t do videos that focus on my vision loss. I use my vision loss as a strength in the way that I create film. It’s not a disability, it’s a new way of approaching it.

Lawrence Gunther is definitely a pillar in our community, and we look forward to welcoming as host of our Accessibility in Adventure program on November 18.

See the full film festival program and get tickets here.

The Makings of a Guide Dog Documentary
Scroll to top