On a number of occasions over the past half-dozen years, CEO and President of CNIB John Rafferty and I discussed the possibility of the CNIB offering a guide dog program unique to all others. It was a need that John was convinced Canadians everywhere living with vision loss required, as I did. Canada is a big diverse country with a population disbursed throughout rural, remote, northern, and urban communities. Each setting poses its own unique set of challenges.

Who better than CNIB to ensure people living with vision loss receive guide dog services in their communities? 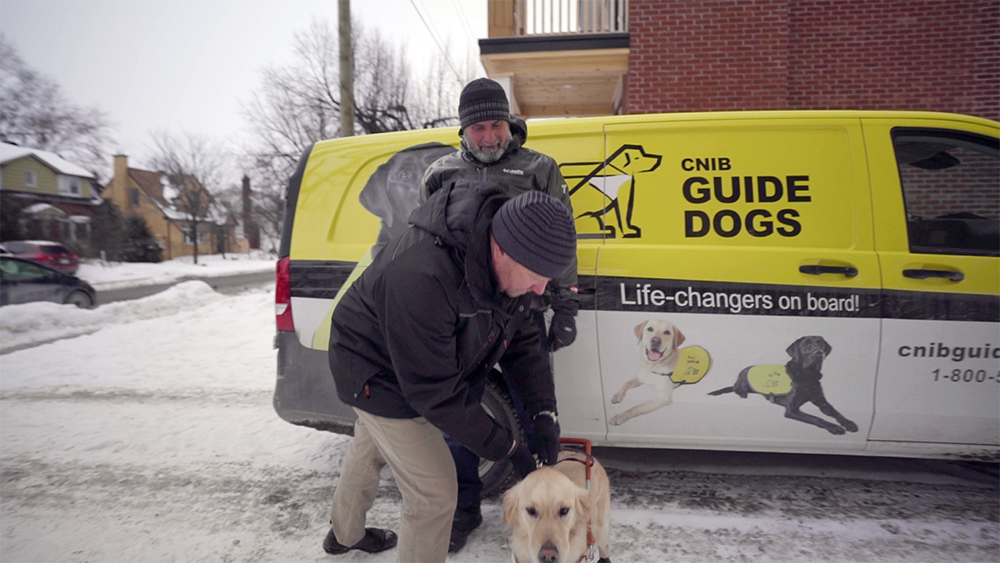 In November 2018, I was recruited to join CNIB Board of Directors, which was also the same year that CNIB decided to move forward with its own guide dog program. I wanted to do my bit to help out with what I knew would be an important project for any Canadian living with vision loss. Little did I know then that this invitation would lead to my filming a documentary: Makings of a Guide Dog.

This was a time of strange coincidence because this was also the time that my beloved guide dog Moby suddenly passed away from cancer. He was only eight years old. I knew my next guide dog would come from the CNIB, but that’s about as far as I had thought through the process. It wasn’t until John and I were having dinner together during CNIB’s 100th annual general meeting that we began talking about how best to inform Canadians about CNIB’s new community-based guide dog program. People needed to know there now exists an in-Canada and at-home guide dog matching service that is focused exclusively on training guide dogs.

After thinking it over, I came up with the idea of a video series that would document the guide dog training process. The title explains it Makings of a Guide Dog. The idea was to document and share with the public my own guide dog matching experience. We would document the practical aspects of the pairing process, but more importantly, capture the kind of skills that my guide dog would need to learn and develop in order to support me in my very active outdoor lifestyle. 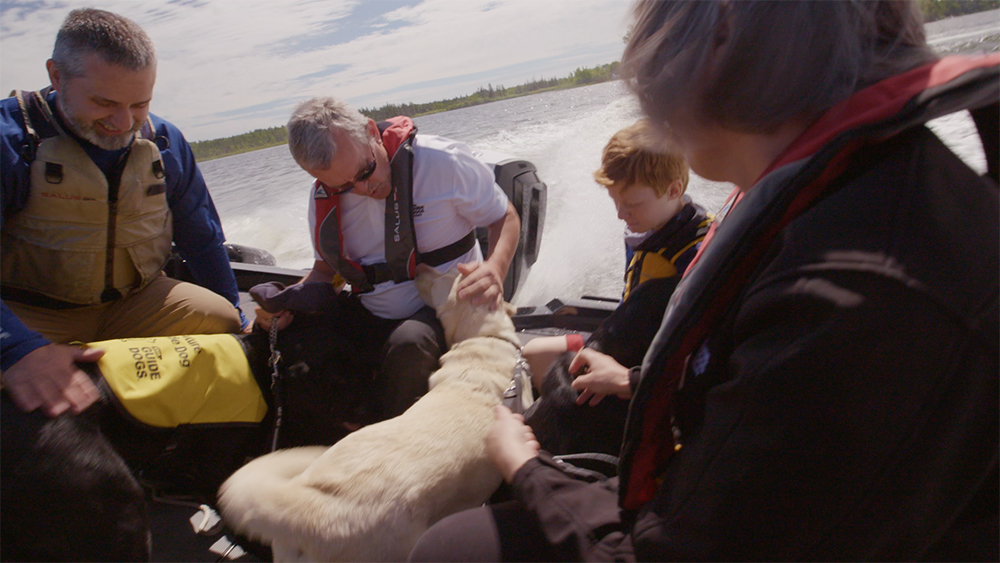 The documentary would show how a group of young guide dog trainees were gradually introduced to a variety of outdoor experiences, from snow shoeing to ice fishing, from canoeing to camping, from hiking, from boating to fishing, and more. These were the skills I would normally teach my guide dog to do after I had been matched with one. These were also skills that CNIB would be able to introduce their guide dog trainees to before they are matched with their blind partners.

There are ten episodes in Makings of a Guide Dog:

We started with seven young 12-month old guide dog trainees. As much as I would have liked to pick which of the seven would be my next guide dog, the final choice had to be that of the trainers. Naturally, I fell in love with just about every one of the dogs at one point or another, but in the end, I was more than pleased with the guide dog that was finally selected to be my next set of eyes.

Considerable planning went into the number and variety of outdoor adventures that we took these young dogs on. Each segment required the support of numerous experts and volunteers. Throughout the filming, I kept hearing from the trainers that it was a first for them. But I have to say that I wasn’t surprised to hear that, since up until now, guide dog schools have focused almost exclusively on urban training for a dog to be certified as a guide dog. Life in rural or northern environments has not been part of there program.

Once my new guide dog was chosen, I then had to train with the dog, achieve certification in the city, and then take the new pup on a true northern adventure. We captured it all on video, including where the other six dogs landed – one even made it all the way up to Iqaluit.

I hope that this year-long project will not only raise awareness of all the amazing things that trained guide dogs can do, but also even trigger some ideas in people’s heads about additional things they might like to try.

Based on my own experience, going blind means giving up a lot. Yes, there is plenty I can do, but there’s plenty I can’t. A good dog just moves a few things from the “can’t” pile to the “can” pile. They are also just such good friends, and when so many people are reporting being lonely or depressed, who wouldn’t benefit from having a four-legged best friend?

I hope you enjoy Makings of a Guide Dog. And as they say at the end of most films these days, “No animal was harmed in the making of this series!”

Episode 1: Me and My Guide Dog
Scroll to top