Published Reviews of my documentary What Lies Below 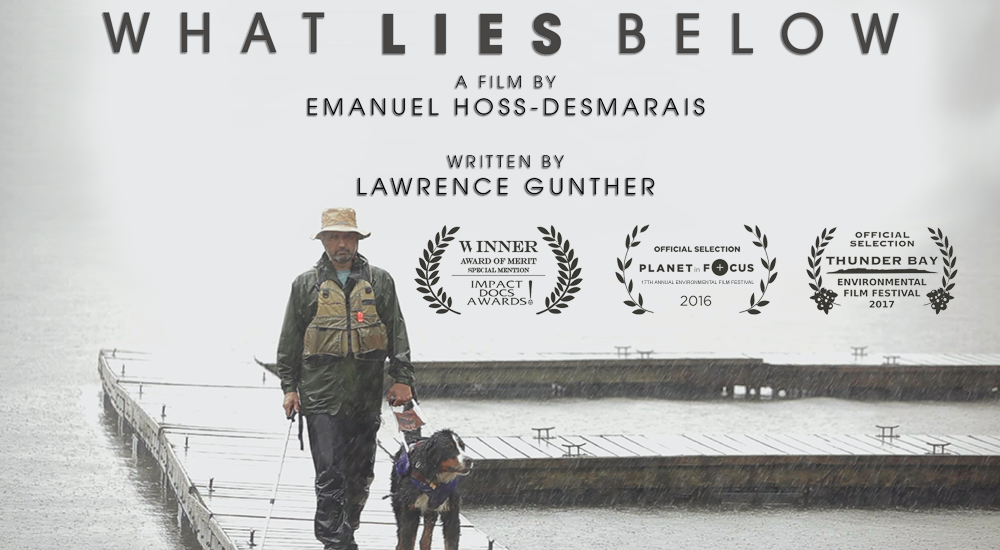 Transitions Film Festival: “Having lived in Canadian Innuit communities, fished for cod off Breton Island, competed in professional fishing tournaments across North America, and invented the first fishing boat that can be piloted independently by blind people, Gunther leads us on an important exploration into an industry in drastic need of change.”

Point of View Magazine: “Lawrence’s visual impairment serves as a salient metaphor for the blind eye that too many Canadians turn when it comes to environmental causes, as the issues rippling out of sight are serious concerns.”

Toronto.Eventful: “Deeply personal, this film shows that Gunther and others offer hope for the future.

TheGate: “…Canadian filmmaker Emanuel Hoss-Desmarais, whose last film was his stunningly gorgeous debut feature Whitewash, What Lies Below, an equally stunning documentary that focuses on Lawrence Gunther, a legally blind environmental advocate documenting the effects of waste, sewage, and pollution on fish populations and water supplies. The most gorgeous looking film at this year’s festival (which actually says a lot for an environmental film showcase), What Lies Below balances the personal, the political, and the environmental wonderfully, making the audience learn just as much about Lawrence as they do the world around him. It’s a disarmingly emotional experiences that proves beyond a shadow of a doubt (and please pardon the pun) that we can’t keep turning a blind eye to how we treat the world around us.”

Cinema Nova: “It’s through Lawrence’s ability to perceive without the use of his sight that the rest of us will learn the truth about what’s really happening beneath the surface of our rivers, lakes and oceans.”

RightNow: “Gunther gives audience to the creatures struggling to survive beneath the surface of the water; and to the unheard local communities who have witnessed the carnage of an ecosystem under siege. His visual impairment does not limit his capacity to relate to nature. In fact, his immersive and interactive relationships with fish, water habitats, and his guide dog Maestro, demonstrate kinship with the natural world.”

Starving Foodie: “Lawrence is an incredible speaker… I knew a lot of these things but to really see the sum of the destruction mostly caused by greed and consumption is frightening. If you aren’t able to find this documentary you can also watch Leonardo Di Caprio’s documentary BEFORE THE FLOOD.”

Watertown Daily Times: “It takes a community to say ‘We want to do this, we want our fish to come back, we want our tributaries to be healthy, we want our beaches to be clean, and we want to be able to catch a fish and eat it once in a while,’” Mr. Gunther said.”

Cornwall Seaway News: “It’s really one of the last wild grown food resources that we still harvest around the world,” said Gunther. “To do it responsibly, sustainably, and to do it thoughtfully and with respect  is so important, and it’s going to help us stay aware of what nature is all about.”