The 2015 winter season just never seemed to be in any great hurry to come. With only five days to go until Bass season closed, my buddy Dave Steen and I decided to give it one more try before he put the boat away.

It was December 10 and, of course, the docs had already been pulled. It meant my having to hold Dave’s Ranger off the rocks while he went and parked his truck. It worked great up until the rope slipped off the foot of his trolling motor and the wind began blowing the Ranger out into the lake. I had no choice but to wade in after it. The water temps were 38 degrees and I only had the one pair of socks and shoes, didn’t stop me though.

We found a nice stretch of moderate depth water just outside of a large bay that held fish, and boy did it hold fish. Largies from 2-3 lbs were ready and willing to snack one more time. Over the next five hours we moved around a bit, caught a bunch of fish, and then called it quits with just enough time to get Dave’s boat to the marina where it was scheduled to be put to bed for the winter. Drop-shot and blade baits were the answer. Nothing to radical, just enough action to peek their interest.

Great, if not a bit chilly, day on the water for sure. We could have kept the boat out for another week (LOL). 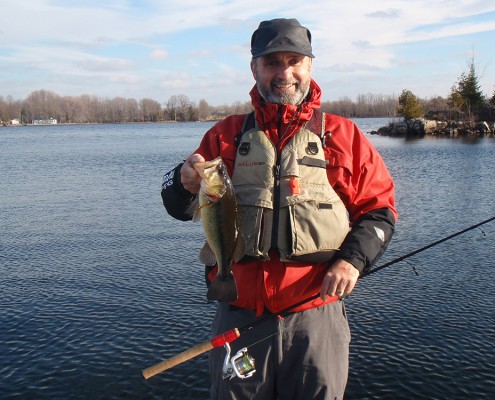 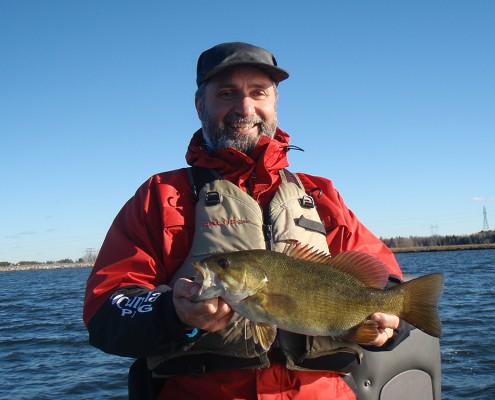